Why Locums are Crucial to the NHS

The role of the locum has changed considerably over the last decade. While, ten years ago, there were those who didn’t particularly value locum doctors, now this has become an essential and vital element in the smooth running of the NHS. There are around 3,500 locums working across England and Wales on a normal day and each one plays an important role in keeping the health service running to the best of its abilities. Locums are now seen as a valued part of the NHS and essential to ensuring the delivery of its services.

One of the reasons that attitudes have changed is because we have seen what an NHS might look like without locums. As the UK population continues to grow there is an increased demand for health services and, in particular, from an older population requiring support for the conditions that come with old age. A rise in the numbers of people being diagnosed with illnesses such as diabetes and cancer – combined with funding cuts – has pushed the existing structure to its very limit and there simply aren’t enough permanent staff to cope. Without locums demand could not be met.

Another reason that locums are now viewed differently is the increased need for doctors with very specific specialisms. In some niche areas, experienced and qualified professionals are almost impossible to find, whether on a short or long-term basis. The advantage of locums is that the necessary skills and expertise are available from an experienced professional who is versatile enough to fit into a team and help it function, without additional training. This is key in an arena such as medicine, which is becoming more diverse and challenging all the time.

Continuity of care would suffer considerably without locums and that is recognised by everyone who works within the NHS. In very pressured environments, such as emergency and intensive care, a locum is able to bring not just fresh legs but a new perspective too, which can be useful when an existing team has been working long hours.

Finally, locums are essential to workforce management. Illness and sickness are difficult to predict and being able to draft in a locum to fill temporary doctor jobs allows the NHS to continue to function without interruption. With the provisions of the Working Time Directive limiting the hours that individuals can work, locums ensure that the demand for a larger workforce to meet the needs of the same number of patients can be met.

These are just a few of the reasons why locums are crucial to the NHS – it’s a valued position with many advantages, both to individual medical professionals and the health service as a whole.

On Call Out of  hours service

To stay safe in your job search we recommend that you visit JobsAware, a non-profit, joint industry and law enforcement organisation working to combat job scams. Visit the JobsAware website for information on common scams and to get free, expert advice for a safer job search 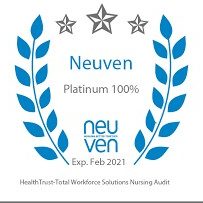 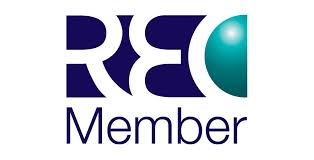